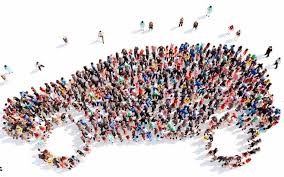 It is safe to say that the automotive industry experiences some turmoil; cars themselves, as well as the way we are using them, are changing profoundly. Traditional, petrol-powered, cars are slowly being replaced by electric cars and potentially fully autonomous vehicles. On the consumer level, a shift in consumption patterns, away from ownership to usage, challenges the traditional car ownership model. As such, over the past years, we have seen the rise of on-demand transportation and car-sharing services. For some, companies such as Uber or Zipcar are convenient ways to outsource driving and make owning a car in itself unnecessary. For others, it makes owning a car worthwhile as it allows them to provide their services to the sharing economy.

Confronted with such disruptive changes, incumbents in the automotive industry are faced with the question of how to respond. To shed some light on the issue, I will have a look at the strategy of General Motors (GM). Why GM? Turns out, January has been a busy month for the Detroit-based carmaker. GM not only acquired Sidecar and teamed up with Lyft, two providers of on-demand transportation services, but also launched Maven, its own car-sharing service.

On January 4th, GM announced its strategic alliance with Lyft, the San-Francisco based provider of on-demand transportation services. In the United States, Lyft is the second largest and fastest growing provider of on-demand transportation services and provides 7 million rides a month, across more than 190 cities (I discuss Lyft and competition in the ride-sharing/-hailing industry here on IPdigIT).

In practical terms, the alliance implies that GM will invest $500 million in the start-up and Daniel Ammann, GM’s president, will join Lyft’s board of directors. But there is more to it. Key elements of the alliance further include the joint development of a car rental model for drivers as well as a network of on-demand autonomous cars.

“The biggest part of GM’s business will continue to be the owner-driver model where someone buys a car and owns it, use it when they need to, and park it when it’s not in use,” he [Daniel Ammann] says. That model still works well, especially in the suburbs, where the company still makes most of its money, according to Ammann. Elsewhere, he says, it’s a different story. (Davey Alba, WIRED)

The Lyft-GM deal differs in one crucial way from any other effort. More than just getting the self-driving car built, the two companies working together offers the clearest picture yet of how those cars might actually be used. (Davey Alba, WIRED) 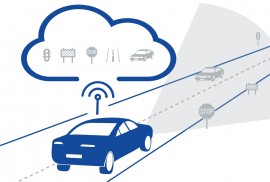 Just one day later, on January the 5th, GM announced its plans to explore a new technology from Mobileye to build maps that support fully autonomous driving. GM started collaborating with Mobileye, a technology company that develops advanced collision avoidance systems, about ten years ago and uses its software on its car cameras.

The plan is the following. Mobileye’s technology is able to “detect vehicles, pedestrians, and other obstacles, as well as road markings, signs, and traffic lights“. With the right data, it is thus able to build highly detailed and constantly updated maps that bring autonomous driving one step closer to reality.

This is where GM’s OnStar system comes into play. OnStar is a GM subsidiary that grew out of a collaboration between GM, Electronic Data Systems and Hughes Electronics Corporation in 1995 (joined by Verizon Wireless in 2011). It combines different safety, connectivity and navigation features such as various security and emergency services, Wi-Fi service or remote access. Most important, it enables GM to obtain the precise, real-time data that is crucial for building high-definition maps. To give you an idea of the current state of research, today’s GPS systems have a margin of error of about 10 meters. Mobileye expects to reduce this margin to about 10 centimeters.

Naturally, this plan hinges on collecting a sufficient amount of data, and by this on a widespread use of GM’s OnStar system. It is now clear that there are additional benefits to being the preferred provider for Lyft’s short-term rental hubs (GM announced that “Lyft drivers and customers will have access to GM’s […] OnStar services“).

On January 19th, it became public that GM had acquired Sidecar, another player in the on-demand transportation industry. Founded in 2012, Sidecar has been around since the early days of the industry and contributed substantially to its success. Nevertheless, with competition toughening, it was quickly left behind by its rivals. In early 2015, the start-up shifted its focus on the delivery business, however, despite its efforts, decided to shut down its operations in December 2015.

At first glance, the move might seem a little odd, especially given GM’s alliance with Lyft. Surely, the acquisition is rumored to have been a rather attractive deal for GM (with an alleged acquisition price less than the $39 million raised by Sidecar). Also, Sidecar’s Chief Technology Officer and Co-founder Jahan Khanna, as well as twenty other employees will join the carmaker. For GM, the decisive factor, however, is something else. Paul Sunil, Co-founder and CEO of Sidecar (not joining GM), explains that a key component of the agreement is a license to Sidecar patents, notably “the US Patent #6356838 for “System and method for determining an efficient transportation route”“. Maulin Shah, managing attorney at Envision IP, comments on the importance of the deal:

Sidecar’s patent appears to be highly fundamental to this industry, and Sidecar is the only company among the group that owns an issued patent. The patent has 95 forward citations from later-filed patent applications owned by Microsoft, Research in Motion, Cisco, IBM, Sprint, General Motors, Honda Motor Co., Mitsubishi, Tom Tom, and Navteq.

There are speculations about what GM might do (or be able to do) with the license. Generally, this depends on a couple of factors, among others, whether GM is the exclusive licensee of the patent. Fact is also that in the past Sidecar never went to court. This leaves the strength of the patent untested. In any case, GM most likely prefers knowing the patent in its own IP portfolio, than in the ones of its competitors.

The final puzzle piece is the launch of Maven, GM’s own Personal Mobility Brand. Official news of Maven broke on January 21st, however, GM registered the trademark back in November 2015. Maven essentially combines several of GM’s initiatives in the car-sharing market.

Julia Steyn, Vice President at GM, emphasizes that a key element of Maven is customization; “We believe it’s important in the car sharing experience for the passenger and customer to feel like it’s your own vehicle“.

Maven customers will experience seamless smartphone and keyless integration with the vehicle. Maven customers use its app to search for and reserve a vehicle by location or car type and unlock the vehicle with their smartphone. The app also enables remote functions such as starting, heating or cooling and more. Customers can bring their digital lives into the vehicle through Apple CarPlay, Android Auto, OnStar, SiriusXM radio and 4GLTE wireless. Each vehicle will provide an ownership-like experience with the convenience of car-sharing. (GM, Press release)

Customization and convenience, together with an hourly rate as low as $6 (that is including insurance and gas) and no subscription fee (a clear distinction from competing services such as Zipcar or Car2Go) may convince consumers to give Maven a try.

Note also that GM’s OnStar system is once again part of the offer. This relates to another point. In itself, Maven should yield only little financial incentives for GM (compared to its other areas of business). The move mainly makes sense in light of GM’s efforts for building a network of self-driving cars. With Maven, GM lays the foundation for its own network of autonomous cars, reducing its dependence from Lyft in the long run.

Oh sure, there’s money to be made in car-sharing, as ZipCar and others have shown. But it’s small potatoes for a company like GM. It isn’t until you take the long view that this move makes sense. Maven can be the foundation for the self-driving car network GM wants to build. (Alex Davies, WIRED)

What are your thoughts on GM’s strategy? Can you think of other examples of how incumbents start joining the sharing economy?