On May 22, the Laboratory of Excellence for Financial Regulation (LabEx-ReFi) organized a one-day workshop on Online Alternative Finance: Building a Bridge between Research and Practitioners. The objective of the workshop was “to bring together scholars, industry leaders and regulators to have an open-minded discussion about our current state of knowledge about alternative finance.”

I took part in the first panel discussion on ‘Financing of start-ups by equity/reward crowdfunding‘. My task was to answer three questions about the economics of crowdfunding platforms. I reproduce my answers here; they are based on my previous research (see here and here for presentations on IPdigIT) and on some work in progress.

Can you describe the interactions between participants (funders and fundraiser) that take place on a (reward-based) crowdfunding platform? Justify the neologism co-opetition you use for qualifying these interactions.

The concept of ‘co-opetition’ has been proposed by Brandenburger and Nalebuff in their book in 1996; it is not exactly a neologism but it’s true that this concept is seldom used, although it describes very common situations. The idea is the following: rival firms (i.e., firms operating on the same market) are not always competing with one another; there are also dimensions along which they have a common interest in cooperating. To put it roughly, firms cooperate to make the pie grow and then they compete to divide up the pie among them. Hence the term ‘co-opetition’, which mixes cooperation and competition. 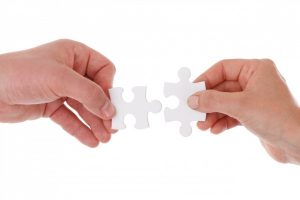 On a crowdfunding platform, fundraisers compete with one another to attract the attention and the funds of the funders. In the economic jargon, we say that there are negative external effects within the group of funders. This means that for a given number of funders, any fundraiser who has already her project presented on the platform is not too happy when the platform accepts an additional project, because this potentially reduces her chances to be financed. Another consequence of this competition among fundraisers is that, other things being equal, fundraisers prefer small crowdfunding platforms, i.e., platforms that showcase a small number of projects.

But, this ‘other things being equal’ way of thinking is obviously wrong. In particular, it is wrong to think that the number of funders is given. This is where the cooperation part kicks in: as more fundraisers join a particular platform, this platform becomes more attractive for funders because they have more chances to find on this platform the project (or the reward) that fits their taste. In our jargon, we talk of positive external effects across groups: more fundraisers attract more funders. And, clearly, the reverse is true as well: more funders attract more fundraisers.

Now, what is the net effect? As a fundraiser, do I welcome an extra fundraiser on my platform? The answer is yes, if this extra fundraiser makes the pie grow more than it steals a part of this pie from me. Our recent research (with Armin Schwienbacher and Thomas Lambert) suggests that such positive net effects are at work on Ulule, the French reward-based crowdfunding platform: past contributions to some project A have a positive influence on current contributions to some other project B. A direct consequence of this is that fundraisers, under these conditions, prefer larger platforms to smaller platforms. I’ll come back to this.

What are the best strategies of crowdfunding platforms to internalize interactions between participants and to make money?

It is important to include the platforms into the picture. Even though fundraisers may benefit from one another’s presence, as I just described it, they are not directly cooperating. It is the platform that makes these positive external effects across groups arise. Without the platform, fundraisers and funders wouldn’t be able to interact (the transaction costs would simply be too high). This is what we mean when we say that platform internalize the external effects generated by the interaction between fundraisers and funders.

Now, how do they do so and how do they make money? There are two big categories of strategies: price and non-price strategies. As far as prices are concerned, most platforms make fundraisers pay (by taxing a part of the funds that they raise) and give free access to funders. This is a general tactic for this type of platforms (called ‘two-sided’ platforms): as they need to attract one group to attract the other, and vice versa, they face what is known as a ‘chicken-and-egg’ problem. Providing free (or even subsidized) access to one group so as to convince this group to join is usually the only way to solve this problem. Think of free entrance (plus a free drink) given to women in nightclubs. To make money, the platform needs to raise sufficient revenues on the ‘money’ side to cover its losses on the ‘subsidy’ side, which usually requires patience (and deep pockets…).

Non-price strategies are as important. Once the two groups are on board, crowdfunding platforms must do whatever they can to facilitate the interaction between the groups. A first strategy concerns the choice of a mechanism for raising funds. Platforms usually adopt one of two models: ‘All or Nothing’ (the fundraiser gets the money only if the goal that was set initially is reached) or ‘Keep It All’ (when money can be kept even if the goal is not reached). These two mechanisms have their advantages and disadvantages, which I don’t have time to discuss here. Platforms also design strategies to address asymmetric information problems. There are hidden information problems (funders have a hard time estimating the chances of success of the proposed projects) and hidden action problems (funders also face trouble monitoring what fundraisers do with the collected funds). Typically, platforms spend resources to screen the projects that they accept; they also facilitate the provision of information by the fundraisers and the circulation of information among funders.

How with the crowdfunding platforms industry evolve? More concentration, less fragmentation? Which complementarities for reward-based and equity-based CRP?

As I explained it before, there are strong reinforcement mechanisms at work on crowdfunding platforms: more funders attract more fundraisers, who in turn attract more funders, and so on so forth. Even if the competition among funders exerts a force in the opposite direction, I believe that this is of second order, at least nowadays as crowdfunding as a whole is still growing (things may change when the crowdfunding market will reach its maturity). Add to this, economies of scale and a learning curve; that is, platforms get better at what they do as they grow.

Put together, these forces induce a snowball effect: the big gets bigger and the small smaller, which should push the crowdfunding platform industry towards more concentration and less fragmentation. This being said, I don’t believe that the crowdfunding market will be dominated by one or two global platforms (like Google for search, or Facebook for social networks). There is (and there will still be in the near future) a lot of room for differentiation across platforms. Differentiation indeed takes place along the following dimensions:

As far as complementarities are concerned, I don’t think there is much to be found among different types of crowdfunding platforms. My understanding is that reward-based and equity-based crowdfunding are two worlds apart (these platforms don’t attract the same profile of fundraisers, let alone the same profile of funders). However, complementarities exist – and are increasingly exploited – among crowdfunding platforms and other forms of financing. I mean banks primarily, but also venture capitalists or business angels.