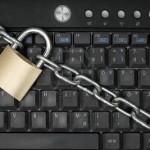 (Updated February 7, 2013)
In an article published in October 2012 in the New York Times, Nelson D. Schwartz suggests that online banking creates switching costs and, thereby, reduces competition in the US banking sector. The title of the article summarizes the argument in a forceful way: “Online Banking Keeps Customers on Hook for Fees”. Mr. Schwartz illustrates his point with the following anecdote:

“Tedd Speck, a 49-year-old market researcher in Kent, Conn., was furious about Bank of America’s planned $5 monthly fee for debit card use. But he is staying put after being overwhelmed by the inconvenience of moving dozens of online bill paying arrangements to another bank.”

You probably use online banking yourself to pay your bills, to transfer money across your accounts or simply to access your account information, whenever and wherever it pleases you. You will then agree with me that these services are conveniences that you are willing to pay for. For the sake of the argument, say that you value these services up to 100 euros per year. However, whether or not you have already tried to do so, you can easily imagine the hassle of switching your accounts from one bank to another. On top of learning to use another interface, you might have to create a new list of payees, of direct debits, etc. Again, for the sake of the argument, say that you estimate at 50 euros the value of the time and energy that you would spend when switching online banking services.

Such switching costs clearly put your bank in a strong position. Instead of charging you its online banking services at 100 euros per year (i.e., the value that you attach to the services), your bank can increase the fee up to 150 euros (i.e., the value + the switching costs) without fearing that you would leave. In economic terms, switching costs decrease the price-elasticity of demand; it becomes harder to substitute one service for another, which reduces the consumers’ sensitivity to price increases. Consumers are indeed “kept on hook”.

Yet, does the latter — undisputed — fact necessarily mean that online banking services (and the switching costs they create) reduce competition and make customers worse off? The New York Time article follows this line of argument:

“With 44 million households having used the Internet to pay a bill in the past 30 days — up from 32 million five years ago and projected to reach 55 million by 2016 — it’s a shift that has major ramifications for competition. There’s even evidence that fewer consumers are switching banks, with 7 percent of them estimated to be moving their primary account to a different institution in 2011, down from 12 percent last year, according to surveys by Javelin Strategy and Research.”

Mr. Schwartz sees thus a causal relationship between the increase in the adoption of online banking services, the reduction in the level of consumer switching and lower competition in the US banking sector.

Personally, I would be much more cautious before drawing any conclusion from the previous facts. First of all, as well known in economics, correlation is not causality! Second, I would like you to think about some causal effects that Mr. Schwartz may have ignored or underestimated. In particular, I propose as food for thoughts the following two quotes taken from a report published by the Office of Fair Trading (the competition authority in the UK) in 2003:

“As firms realise that they can price above cost to customers once they are locked-in, then these customers become extremely valuable. As a result, competition can mean that firms price very low, even below cost to attract new customers.”

You may also want to look at the current advertising campaign of Deutsche Bank in Belgium, which is precisely focused on switching costs. The ad starts with these words: “What would happen if your supermarket behaved like your bank does?” It then shows a cashier asking customers to pay, on top of their bill, additional charges for renting the shopping trolley, for using the conveyor belt, for not having a loyalty card, etc. The ad ends with this question and this ‘suggestion’: “You don’t accept unnecessary charges in your supermarket; why do you in your bank? Switch now to deutschebank.be.”

(You can find below and here the previous comments on this post; you are certainly welcome to read them but what I am really after is that you form your own opinion.)